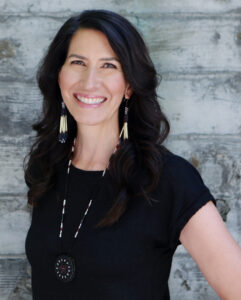 Beth Piatote is a creative writer, playwright, and scholar. She is the author of two books, including the mixed-genre collection, The Beadworkers: Stories (Counterpoint 2019), which was long-listed for the Aspen Words Literary Prize and the PEN/Bingham Prize, and short-listed for the California Independent Booksellers Association “Golden Poppy” Prize for Fiction. The Beadworkers was named the winner of the 2020 Electa Quinney Award for Published Stories. Her full-length play, Antikoni, was selected for the 2020 Festival of New Plays by Native Voices at the Autry, and has been supported by readings with New York Classical Theatre and the Indigenous Writers Collaborative at the Oregon Shakespeare Festival. Her short play, Tricksters, Unite! was featured in the 2022 Native Voices Short Play Festival at the Autry and the LaJolla Playhouse.  Her short stories and poems have appeared in Poetry, Kenyon Review, Epiphany, and numerous other journals and anthologies. She is currently completing a poetry collection, Nez Perce Word for Shark; and a novel. She is an Indigenous language activist and a founding member of luk’upsíimey/North Star Collective, a group dedicated to using creative expression for Nez Perce language revitalization. She is one of the co-creators and current Chair of the Designated Emphasis in Indigenous Language Revitalization at Berkeley.  Her current scholarly projects include articles on Indigenous language revitalization, with a focus on Nez Perce literature and language; and a book manuscript on Indigenous literature, law, and the senses. She is an associate professor of Comparative Literature and English. She is Nez Perce, enrolled with Colville Confederated Tribes. (Image: Kirsten Lara Getchell) Laurie Macfee (she/her) is a poet, artist, art administrator, and educator. She joined the Arts Research Center in 2018 and was named Associate Director in 2021; she manages ARC’s Poetry and the Senses initiative, oversees all programs and day-to-day operations of the center. Macfee has over 15 years of arts administration experience––she managed the Writing Program, as well as grants, at Vermont Studio Center; served as Curator of Education and Museum School Director at the Nevada Museum of Art; directed the Sheppard Contemporary Gallery at University of Nevada, Reno; and co-founded a non-profit art apprenticeship program for at-risk youth. Her poems have appeared in Washington Square Review, Ninth Letter, Forklift, Ohio, Tupelo Quarterly, and Rattle among others; her photos for Project 929: Mapping the Solar have been published widely, including hyperallergic.com & contemporaryperformance.com; over 200 reside in Nevada Museum of Art’s permanent collection. Macfee earned her M.F.A in Creative Writing/Poetry from Sierra Nevada University. She holds a B.F.A Fine Art/Photography and studied in the M.F.A. Fine Art program at University of South Florida. 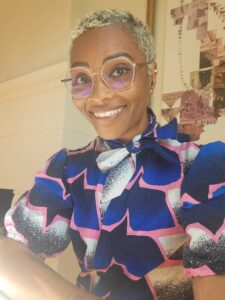 Indira Allegra (they/them) is an artist, writer and educator and is thrilled to be the Program Coordinator at the Arts Research Center. Allegra has 15 years of experience as a working artist and writer creating dynamic opportunities for people of diverse ages, abilities and backgrounds to take refuge in the arts, express creative intelligence and cultivate a lived experience of the interconnectedness of all things. They believe in the loving power of curiosity when in the presence of art and story. Allegra has taught at Mills College, the California Institute for Integral Studies and the Oxbow School of Art and Artists’ Residency and is a sought after speaker and visiting artist at colleges nationwide. Allegra’s work has been featured in ARTFORUM, BOMB Magazine, Art Journal, KQED and SF Chronicle. Their writing has been featured in Theater, TEXTILE: Cloth and Culture, American Craft Magazine, Manual, Cream City Review and Foglifter Journal among others. Allegra is the recipient of numerous awards including the United States Artists Fellowship, Burke Prize, Gerbode Choreographer Award, Art Matters Fellowship and Joseph Henry Jackson Literary Award. They are a former Lambda Literary Fellow. 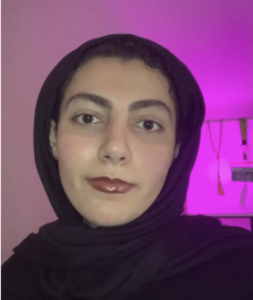 Menat Allah El Attma is an Egyptian Muslim woman, educator, writer, and visual artist. Menat graduated from UC Berkeley with a BA in English literature and is pursuing her teaching credential. She is a logophile and linguaphile, working to affect a similar love for words/languages in her students through the practice and art of storytelling. She believes art is in the telling of the story as much as the story itself. Menat was a 2020 Poetry & the Senses fellow, and will be writing blog posts on ARC events.